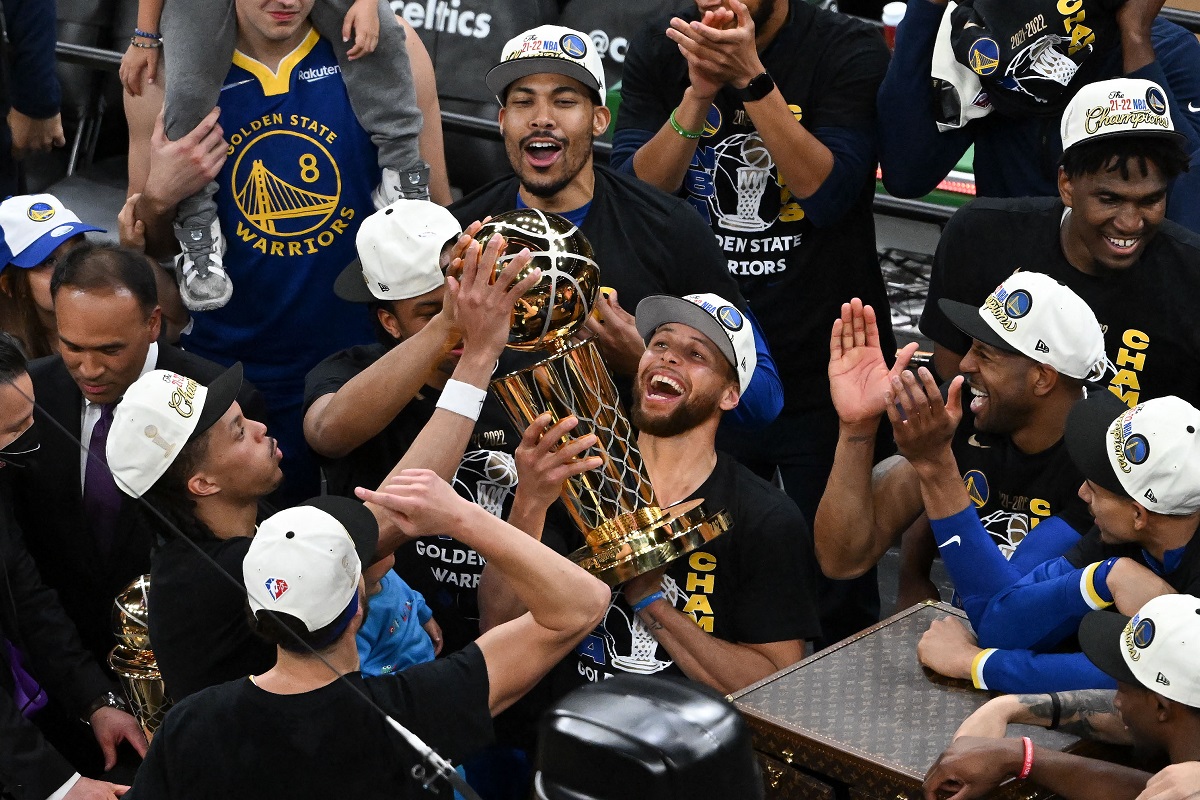 The Golden State Warriors were underdogs heading into Game 6 of the NBA Finals, but they rallied back after falling behind by 12 points early in the first quarter and then cruised to a 103-90 victory to knock out the Celtics and win the championship. Steph Curry led the Warriors with 34 points in the title-clinching game, and he was awarded the NBA Finals MVP.

This victory sealed a fourth championship for Curry and the Warriors since their dynasty began with the 2015 championship. The Warriors won back-to-back titles in 2017 and 2018, and they were runner-ups in 2016 and 2019. The Warriors missed the postseason the previous two seasons while they hit rock bottom after dealing with serious injuries to Curry and Klay Thompson. With the Splash Brothers back at full strength this season, the Warriors resumed their pursuit of another championship.

When the regular season tipped off in late October, the Warriors were +1100 odds to win the 2022 championship. After a sizzling start, their odds improved to +700. They were as low as +450 at the All-Star Break, before they hit a rough stretch in their schedule. They bottomed out at +850 in early April after Curry suffered a foot injury, which sidelined him for several weeks. At the start of the postseason, the Warriors were +650 odds.

The Warriors finished the regular season with a 53-29 and secured the #3 seed in the Western Conference.

Path to the Championship

At the start of the 2022 NBA Finals, Warriors dropped Game 1 at home and fell behind the Celtics 1-0 in the series. The two teams zig-zaged through Game 4 after the Warriors tied up the series at 2-2 thanks to 43 points from Curry. With the series returning to San Francisco for Game 5, the Celtics were unable to bounce back from a loss — which they did seven times previously in the playoffs.

The Celtics found themselves on the brink of elimination and down 3-2 in the series. They were 3-0 in elimination games this postseason, and the bookies installed the Celtics as -4 favorites heading into Game 6 with a chance to even the series on their home court in Boston.

Despite a good start in Game 6, the Celtics could not keep up with the Warriors once they got rolling. They lost by 13 points in a game in which they trailed by as many as 22 points in the second half.

Tatum: How to Disappear Completely

The Celtics were the NBA’s best team in the second half of the season thanks to their stifling defense. However, their propensity for turnovers and lack of offense – especially late in the game – inevitably led to their downfall.

The Celtics were carried by Jaylen Brown and Al Horford in Game 6. Brown led the Celtics with 34 points and five 3-pointers. Horford scored 19 points and added 14 rebounds, and he did most of his damage in the second half.

Jayson Tatum had 11 points by halftime but finished the game with 13 points. He shot 1-for-8 in the second half and scored just one bucket in the fourth quarter after a scoreless third quarter.

The Celtics were doomed with 23 turnovers. They knew they had to minimize their turnovers if they expected to win Game 6 and force a Game 7. They finished the postseason 1-8 in games in which they committed 16 or more turnovers.

So, ‘Game 6 Klay’ Thompson failed to show up when he scored just 12 points and bricked 2-for-8 from 3-point land. But, the Warriors did not need Thompson because Curry picked up the scoring slack with 34 points including 6-for-11 from beyond the arc. Curry added seven assists and seven rebounds and finally won the NBA Finals MVP after missing out during the Warriors’ three previous title runs.

“We found a way to just get it done,” said Curry. “It’s part of a championship pedigree, our experience. We built this for 10-11 years. That means a lot when you get to this stage.”

Draymond Green had another stellar game. He scored 12 points on 5-for-10 shooting including two 3-pointers. He missed a triple double with 12 rebounds, eight assists, two steals, and two blocked shots.

Andrew Wiggins added 18 points and played stellar defense on Tatum, especially in the second half. Jordan Poole added 15 points off the bench, but he also scored 11 points in his first six minutes of court time to help the Warriors rattle off a 21-0 that spanned the end of the first quarter and beginning of the second quarter.

Curry was a lock to win NBA Finals MVP while averaging 31.2 ppg against the Celtics. He shot 43.7% from 3-point range in the series, which includes an 0-9 clip in Game 5.

Check out OG’s full coverage of the 2022 NBA Playoffs.